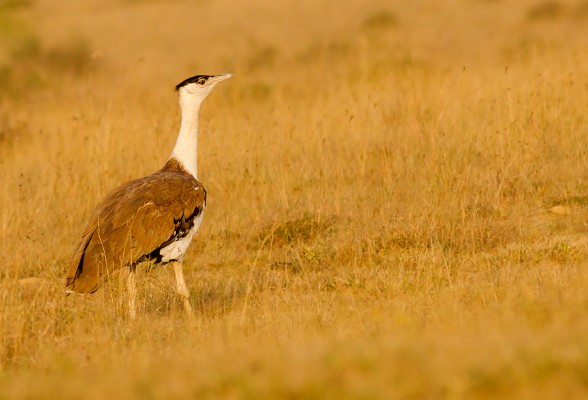 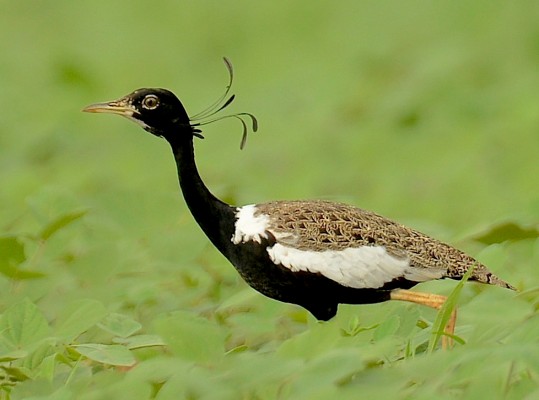 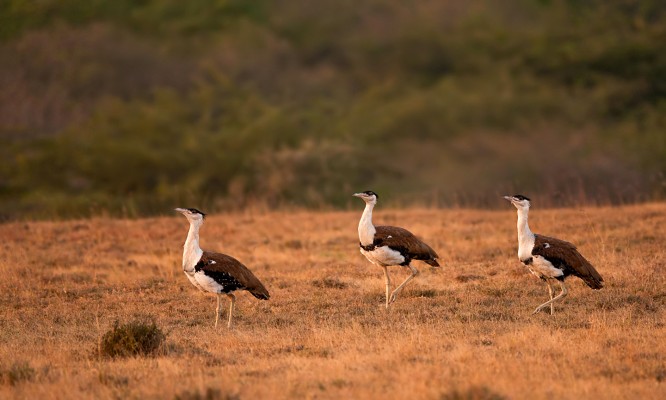 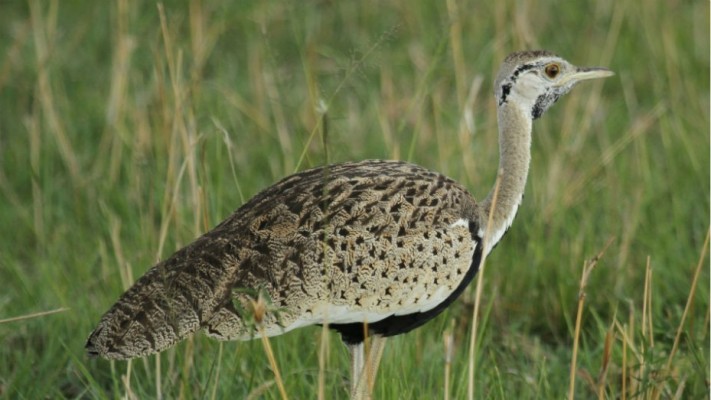 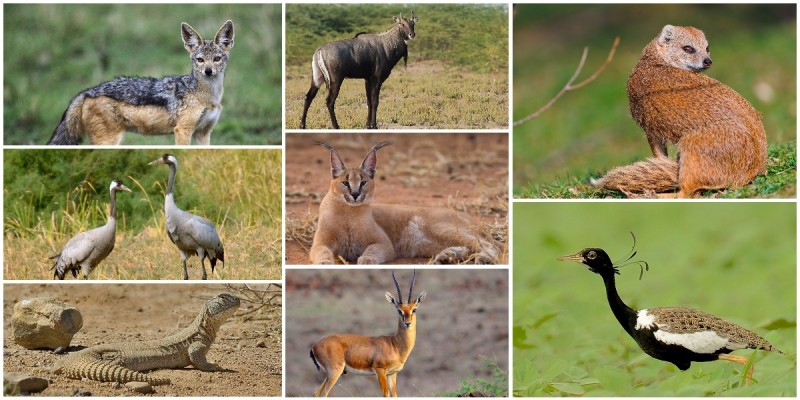 The Kutch’s Bustard Sanctuary is a stupendous Wild Life wonder for the Great Indian Bustard. The Great Indian Bustard has its own prominence in Indian geographical feature, with an aim to protect this wild life, Kutch’s sanctuary’s initiative for these endangered species have been the flourishing paradise.

Eco Tourist enthusiasts can have an exquisite experience of nature in the Kutch’s Bustard Sanctuary as it stands amidst the Abdusa taluka near Nalia in Kutch. India’s own bustard has been dwelt in two renowned sanctuaries: Kutch’s Lala Parjan Sanctuary and Jamnagar’s bustard sanctuary. The Conservation of this heaviest flying bird, the Great Indian Bustard had been taken into declaration in 1992, with an area of 2 sq Km, being the smallest sanctuary in existence.

The bustards can be a good bird watching and aspiring species with large ground dwelling shaped, long necked ostrich like elongated legs. The sanctuary has been the breeding ground for these heavy avian. Three species of Bustards have been popular in Kutch Namely-

The great Indian Bustards that are locally named as the ‘Ghorad’
The lesser Florican Bustards breed here and
Houbara bustards The Macqueen’s are the winter migration visitors at these places.
The Bustards are found nearly in the western parts adjoining Pakistan and India, were once common in the dry Plains of the Indian subcontinent. The Great Indian Bustard is India’s own species with major population migrated towards Indian grassland, and with that it was under idea to be once considered as the national bird of the country. The species which have a really less count now and are only going to be extinct in some time are said as endangered Species. With time, the Bustard is now an endangered species and come under the Wildlife Protection Act 1972 of India.. And with that for such species, Wild life Sanctuary is built to make their living safe and sound from every bio threat and human hunting.

The ground dwelling birds ‘sand grouse’ are restricted to treeless, open country, such as plains and semi deserts, come from a family of a 16 species bird. Ranging from black bellied sand grouse and pin tailed one, they are usually found at the Africa, middle-east, India, and through central Asia. With small pigeon like heads, neck with a sturdy compact body, the sand grouse have 11 strong primary feathers and long pointed wings which help them fly sharp and swiftly.

Not just an avian sanctuary, the place can also be witnessed with some ingenious rare species of animals and birds like chinkaras, nilgai’s, jungle cats, and many other inhabitants. Caracals are medium sized wild cats native to central Asia, Middle East, Africa and India. They have a natural habitat from semi desert savannas, shrub lands. Characterized as robust build, woodlands, long legs, canine teeth, with a uniform reddish tan, they have in total of 8 subspecies. They are typically nocturnal, that is active at night and are carnivores living territorial.

Also Sand Cats usually known as sand dune cats are true desert living cats and are listed in nearly threatened by IUCN, and are down listed in Least Concern category now. They have a thickly furred feat and are well adapted to extreme desert environments. Chinkaras are Indian Gazelles, deer typed animal called as ravine deer or jebeer typically native to Iran, Pakistan and India.

If you’re a peace lover and an Environment Enthusiast, Wildlife tour and safari at Gujarat can fill your diaries and camera’s with ingenious & wild environmental jewels. All the Rare Endangered Species can be witnessed here in Kutch Desert Wild Life Sanctuary..