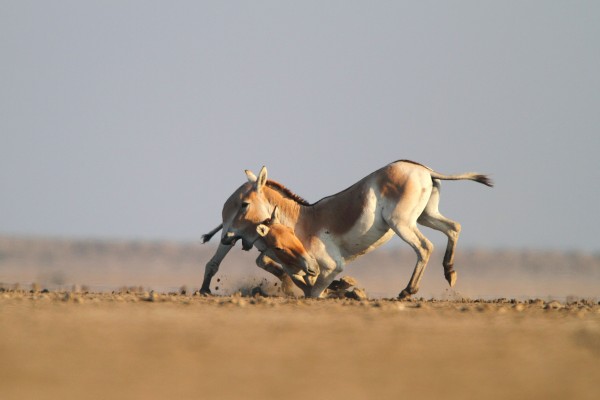 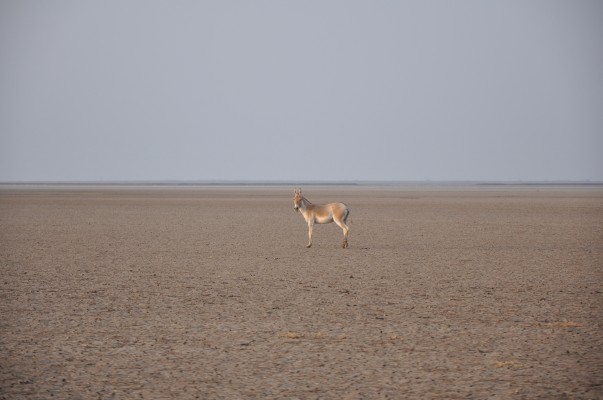 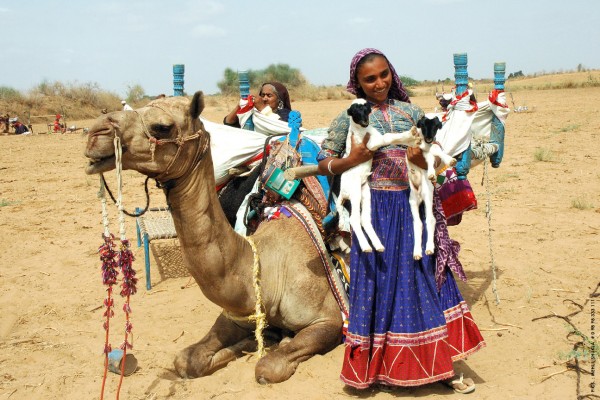 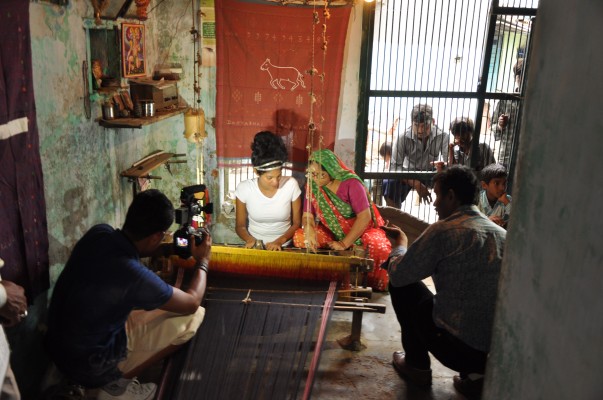 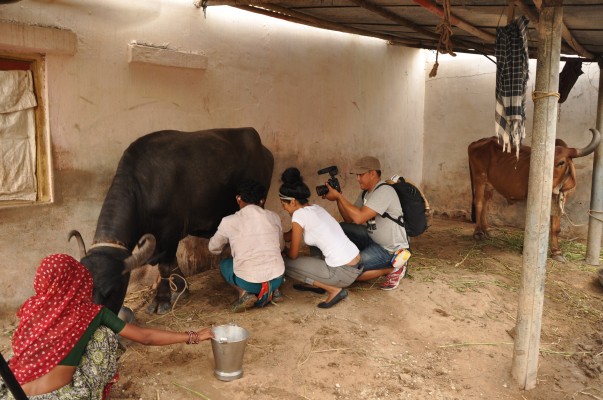 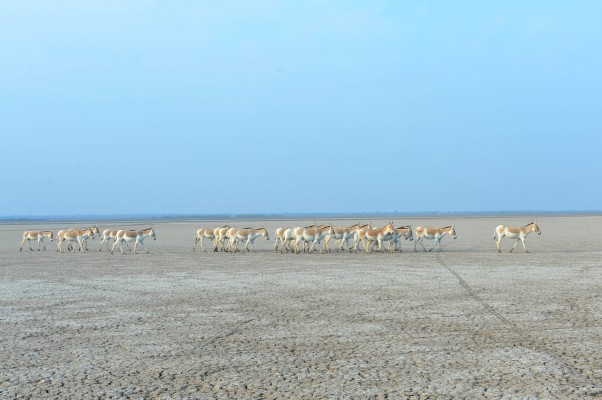 The Wild Ass Sanctuary of the Little Rann of Kutch, spreading across nearly 5000 square kilometers of the Little Rann, is the only place on earth where the endangered Indian Wild Ass (Equus hemionus khur), known locally as the ghudkhar, still lives. The only other two subspecies of wild asses live in the high arid plateaus of Tibet, making this the most accessible place to visit wild asses in their natural environs. Standing more than a meter tall at the shoulder and two meters in length, wild asses are very agile and can run long distances at a speed of 50 km/h, making them more like wild horses, and far more captivating than their domesticated cousins. Around 3000 of them live in the sanctuary, and are usually seen in herds, especially around breeding season (foals can be seen with the herds around October and November.)

But the Sanctuary is home to far more than just the wild ass. Among the 32 other species of mammals are the chinkara(Indian gazelle), two types of desert fox (Indian and White-footed), jackals, caracals (African lynx), nilgais(the largest antelope of Asia), Indian wolves, blackbucks, and striped hyenas. From the salty desert, periodically inundated during the monsoons, to wetlands where freshwater rivers draining through the Rann mix into the seawater of the Gulf of Kutch, and the scrub forests found on the beyts, the variety of vegetation types means a similar variety of animals inhabit the area.

Because of the Sanctuary's proximity to the Gulf of Kutch and its location on the migration routes of many bird species, it is a very important site for birds to feed and breed in. Every year, approximately 75,000 birds nest in the reserve. The ceraneous vulture comes from Egypt, the common and demoiselle cranes arrive from Siberia, the blue-tailed bee-eater visits from Europe, and the houbara bustard of Iran and Iraq stops over as well. All of these are commonly sighted in the sanctuary. Also present are sandgrouses, desert wheatears, ten species of lark, the white-browed bulbul, Indian coursers, stoneplovers, shrikes, ducks, geese, three types of ibis, spoonbills, godwits, stints, sandpipers, shanks, moorhens, saras cranes, both Indian flamingoes, and three species of pelican.

The Sanctuary also houses 93 species of invertebrates, including crustaceans, insects, molluscs, spiders, annelids and zooplanktons, as well as four species of frogs and toads, two species of turtles, twelve snakes, fourteen species of lizards and one kind of crocodile. The tidal wetlands along the edge of the Gulf of Kutch are a key breeding area for prawns.

Unfortunately, the Wild Ass Sanctuary is in danger from several sources, and the poachers who have begun to frequent the region are not even the greatest of these. Illegal salt mining tops the list, as a full quarter of India's salt comes from mining around the Little Rann. The noise and air pollution caused by transportation of this colossal amount of salt is gradually eating away at the wildlife habitat. The Indian Army also maintains a firing range of over 200 square km inside the sanctuary borders. (If you find live firing antithetical to a wildlife sanctuary, that's because it is.) Furthermore, the chemical factories popping up in the area, out of the way of where there are people to notice their atrocious environmental practices, are contaminating the region with dangerous industrial chemicals.

Species Found
The Sanctuary is habitat to about 93 species of invertebrates, including 25 species of zooplanktons, 1 species of annelid, 4 crustaceans, 24 insects, 12 molluscs and 27 spiders. Totally 4 species of amphibians (frogs and toads) and 29 species of reptiles (2 species of turtles, 14 species of lizards, 12 snakes etc) occur. The mixing of tidal water from the Gulf of Kutch with the freshwater discharged from the rivers takes place in the Little Rann of Kutch, making it an important spawning ground for prawns. Metapenaeus kutchensis is the most dominant and important prawn in the area. The sanctuary provides an important feeding, breeding and roosting habitat for a large number of birds due to its strategic location on bird migration route and its connection with the dynamic Gulf of Kutch. According to an estimate about 70,000-75,000 birds nests in an area spread over 250 acres. Nine mammalian orders with 33 species/subspecies have been reported from the Little Rann of Kutch, including the world’s last population of the khur sub-species of the wild ass.

Desert Safari
Royal Safari Camp arranges Jeep Safaris in the Little Rann of Kutch, and other cultural tours are also arranged to nearby villages, which offer an opportunity to get closer to the regional artisans and their work. Arrangement for camel cart and camel riding safaris can also be made.

Salt Panes
One has a chance here to see how salt is prepared out of saline sea water. On the peripherals of the Rann, there are ample salt panes, where salt manufacturers, locally known as ‘Agarias’ withstand great difficulties of living on the edge of the Rann and prepare salt. This entire area is a major producer of salt in India.

** Jeep Safari, Guide, Tours - Please contact your travel agents.   Below are the entrance fees which are on actual and payable at the time of visit.

** Above Subject to change.  Payable only at the time of entry. Above is just for information.

** Above is only the entrance fees.  Jeep Charges, Guide charges please contact your travel agent.